At COP 26 last week, a series of major initiatives were launched to support the scaling up of private sector investment in forests and nature, unlocking billions of dollars and creating new mechanisms to scale investment in natural capital. One of these initiatives, the Innovative Finance for the Amazon, Cerrado and Chaco (“IFACC”), created by TNC, World Economic Forum, and UNEP, announced pledges of $3 billion to accelerate deforestation and conversion-free soy and cattle production in South America. One of these pledges is from the first programme of the Responsible Commodities Facility (RCF).

By partnering with actors involved with the soy supply chain, the RCF plans to provide funding for the production and trade of deforestation- and conversion-free (DCF) soy from the Cerrado region of Brazil. Soy buyers likeUK supermarkets Tesco, Sainsbury’s, and Waitrose, have all participated in the design of the RCF Cerrado Programme 1, so that this initiative can address their environmental objectives while producing large amounts of DCF soy.

The RCF was designed by BVRio group company, Sustainable Investment Management Ltd (SIM) and will be financed through the issuance of green CRAs (Certificates of Receivables from the Agribusiness) issued by Planeta Gaia, a securitisation company in Brazil, and Traive, a credit risk and collateral management company specialised in the Brazilian agribusiness. The proceeds of this issuance will be used to create dedicated low interest credit lines (loans) to farmers who comply with its eligibility criteria– the main one being a commitment to zero deforestation of native vegetation, preventing negative climate impacts and loss of habitat.

The Cerrado Programme 1 will complement other responsible soy production initiatives announced during COP 26, such as the UK Soy Manifesto (announced 9th Nov) and the Consumer Goods Forum’s Forest Positive Coalition. The development of the RCF has been supported by WWF, The Nature Conservancy, UNEP, the World Economic Forum’s Tropical Forest Alliance, Good Energies Foundation, and the Global Lab for Climate Finance, and will be overseen by an environmental committee with the participation of some of these organisations as well as Proforest and IPAM. Many leading food producers and sellers, conservation NGOs and impact investors have already come together to support this first of its kind initiative.

The Nature Conservancy, Director of Agriculture Finance, Greg Fishbein, “RCF will create tangible climate and biodiversity impacts by offering farmers who can legally clear their forests a clear financial incentive not to do so. This is exactly the type of mechanism we envisioned when we created IFACC – one that can leverage commercial finance to support farmers in their transition to climate-friendly production models. What is needed now is to bring in a complementary tranche of investors to co-invest alongside the food companies and retailers who have already committed to invest in RCF.”

Edegar de Oliveira Rosa, Director of Conservation and Restoration of Ecosystems at WWF-Brasil, “We can only meet commitments made last week by 100 governments to end deforestation by 2030 if the products that cause this are cut out of supply chains. Incentivising farmers to protect key ecosystems will help reinforce the urgency and the broader set of actions needed to stop the loss of native habitats. Providing financial incentives to farmers is vital, not just in preventing habitat destruction which may be legal in producing countries, but in shifting to more sustainable ways of producing commodities including by restoring abandoned and degraded land.

Pedro Moura Costa, SIM’s CEO, explains why the programme is needed and its intended impact, “Crop finance is a key part of soy farmers business models, and as we have heard at the COP this week, there is a huge appetite and market for green finance. By directing this flow of green finance we can support the production of soy while rewarding the conservation of native vegetation.

“The urgent need to reduce GHG emissions from deforestation requires a new flow of financial resources to those at the frontline of agricultural production. At the same time, it is important to conciliate the objective of conservation with that of economic production, so that one complements the other. The RCF intends to solve these problems through its innovative new financial model and to unlock these large flows of green investment to do good, by supporting sustainable agriculture and protecting forests in a financially sustainable way that, importantly, rewards farmers.”

“Early next year we plan to start the RCF Cerrado Programme 1 with an initial pilot operation, with a view to significantly scaling up the programme to reach out to hundreds of farmers in Brazil. We estimate that through this first pilot, 1.1 million tonnes/year of DCF soy will be produced by around 80 farms which have committed to the programme’s criteria, resulting in the conservation of around 300,000 ha of native vegetation in legal reserves, and avoiding emissions of 2.8 million tonnes CO2e.” 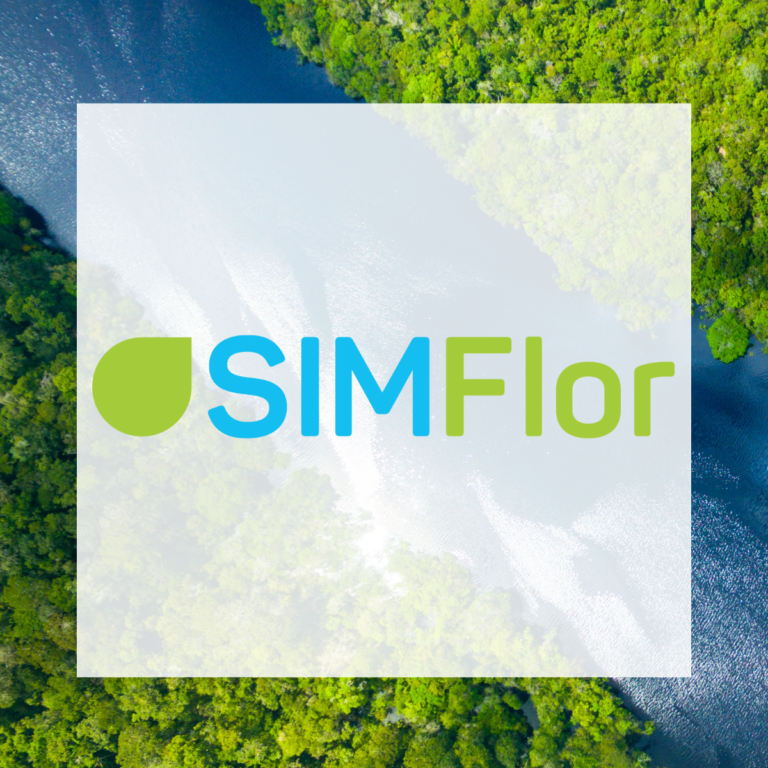 SIMFlor – a new R$ 1 billion programme to promote the Brazilian Forest Code and enable the conservation of 500,000 ha of native vegetation in the Amazon

The SIMFlor Programme supports the implementation of the Brazilian Forest 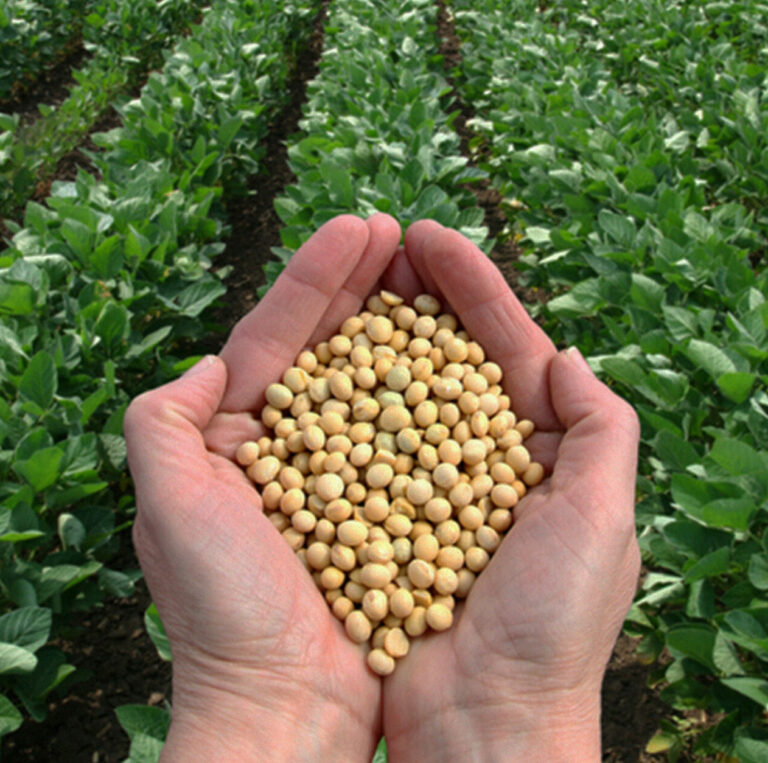 The first programme of the Responsible Commodities Facility (RCF) is now underway, with an investment of US$11million by UK supermarkets 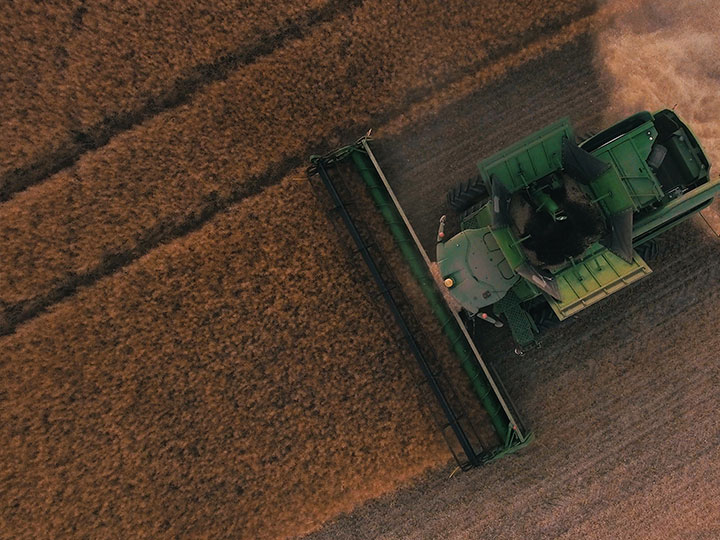 At COP 26 last week, a series of major initiatives were launched to support the scaling up of private sector

The following eligibility criteria are required for participation in the Responsible Commodities Facility for Cerrado Programme 1:

The area of cultivation must not have had any deforestation and conversion of native vegetation since 1 Jan 2020. Preference will be given to areas converted from abandoned pasture land to soy cultivation after 2008.

Farm land must be registered with the Cadastro Ambiental Rural (CAR) and be in full compliance with the Legal Reserve and APP requirements of the Code. The farm area must not overlap with public protected areas, indigenous lands and other traditional people and community lands (including ‘quilombolas territories’).

Farmers must have unquestionable right to use the land, be it as land title, land lease agreement, or another legally recognised form of land tenure (e.g., ‘posse’)

Farmers must demonstrate that they and their farms do not contravene any environmental or legal requirements, such as embargoes, environmental irregularities, contraventions of the labour legislation (including slave and child labour), non-compliance with the Soy Moratorium (if applicable), and internationally-accepted rules for the use of agrochemicals.